Graduates were asked to reflect on their time at HSC for the 100th Anniversary of the Alumnae Association in 2003.  Susan wrote the following: 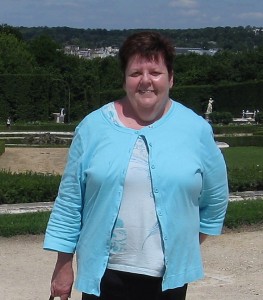 “On January 26, 1979, I was the Team Leader in charge of the Emergency Department at HSC on the day shift.  The Medical Director of Emergency came to me and very calmly said, “We need to prepare for a disaster.  There has been a bus crash on Highway 400 involving a large number of high school students.  We don’t know yet how many patients we might have to take.”  My initial response was, “you’re kidding, right?”…However, this time he was serious.  Just then, we got word that two helicopters would be transporting three patients to Toronto General, using our helipad.  Fortunately, we didn’t have to put our disaster plan into effect but we did have to provide staff for the helipad for the first time to transfer critically injured patients.  We were well staffed that day and had very few patients so two other nurses and I headed up to the helipad to check supplies and check equipment.  Thank goodness there was a gap of 45 minutes between helicopters….we only had two monitors, and none to spare in Emerg in those days!  Things are different now, with one in every room!

It was a horrendous accident…several teens died.  They were on their way to a ski trip…such a tragic ending.  The three patients that were sent by helicopter had the most severe injuries…….

It was good experience for us, but considering the circumstances, not one we wanted to have to repeat.”    (Susan included pictures of the crash from the Globe and Mail of the day)